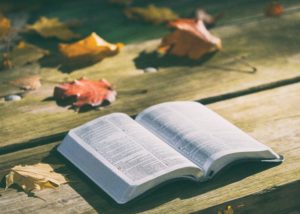 We believe that the Holy Bible, written by men divinely inspired, and full of unmixed truth, is a perfect rule of faith and practice. (II Timothy 3:16-17)  We adhere to versions of the Bible that are accurately translated from the original Hebrew and Greek texts.

We believe in special creation by God; we reject the theory of evolution.  (Genesis 1:31-2:1)

We believe in the deity of Christ, (Colossians 2:9) who is the only mediator between God and man.   (I Timothy 2:5)

We believe that man, once holy, fell by voluntary transgression from his holy state and is now sinful and in need of salvation.  (Romans 5:12, Romans 3:23)

We believe that sinners are saved by grace through faith in Christ.  (Ephesians 2:8-9)  We believe that anyone can be justified freely through the redemption in Christ Jesus.  (Romans 3:24)

Salvation is to all who accept Christ by repentance and faith.  (John 3:16)  We believe that repentance toward God and faith in the Lord Jesus Christ is necessary for all who will enter the everlasting kingdom.  (John 5:24)

Baptism and the Lord’s Supper

We believe that scriptural baptism is the immersion in water of a believer by the authority of a scriptural church, into the name of the Father, the Son, and Holy Spirit.  (Acts 2:41-42)

We believe that only such as have been scripturally baptized and received into fellowship of a regularly organized Baptist Church should (can) partake of the Lord’s Supper (in the same local church of which participant is a member.)  (Matthew 26-26-28, I Corinthians 10:16-17)

We believe that Election is the Eternal Purpose of God by which He chooses the faithful of the saved for His Bride.  (II Peter 1:10-11)

We believe Christ will judge the living and the dead at His appearing and His Kingdom on earth.       (2 Timothy 4:1)

We believe the unsaved will be separated forever in the lake of fire (Revelation 20:15) and the saved will either be part of the servant nations, or of the elect servant Bride of Christ in the everlasting Kingdom of Christ on new earth.  (Revelation 21:24)

We believe that the Lord’s Day, Sunday, should be devoutly observed and sacredly devoted to religious services.  (Hebrews 10:25, John 20:1)

We believe that civil government is of Divine appointment and that governors of states and nations should be obeyed when the laws they seek to enforce are not in conflict with the Gospel.  (Romans 13:1)

We believe that the first institution established by God was marriage.  The marriage of one woman with one man, wherein these two become one flesh before God, is, therefore, the only lawful sexual union.  (Genesis 2:24)